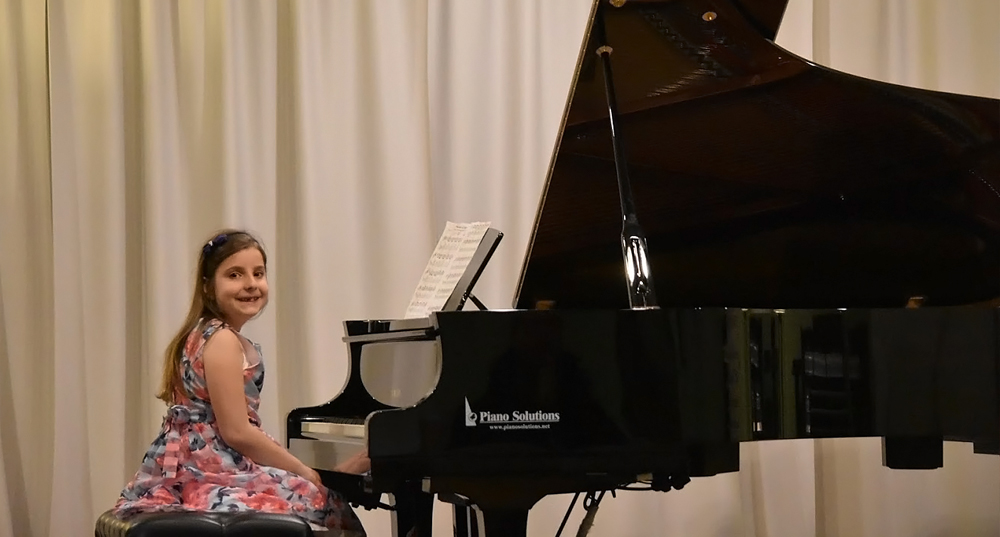 In June 2000, Greg Durthaler, co-owner of Piano Solutions, Inc. launched the Indiana State Fair Young Hoosier State Piano Competition (YHPC) held annually at the State Fair. The initial idea was built upon an activity already occurring at the fair: young piano performers playing during the fair, which was coordinated by renown Greenwood piano educator Mr. Roger Gale during the mid-1990s.

Originally the competition goals were to enrich and bring together the community of families who valued the commitment and desire for proficient piano playing while providing a level of recognition for their achievement.

Hosting the competition playoffs and finals at the State Fair within the Home and Family Arts building made perfect sense as the building already featured fine arts and family enrichment programs. The competition continues to offer an optional public piano performance component that features finalists and non-finalists alike showcasing their skills.

The competition received its true authentic completion structure when one of the first year judges, Cheryl Everett, participated in judging. After completing the first year in less than three hours, she envisioned the possibilities. While performances and music are always subject to some level of interpretation, Cheryl incorporated and recruited highly qualified music educators who could offer and sustain the integrity and goals of the competition.

Today, the YHPC has grown to nearly 600 participants annually with seven separate age divisions and 14 music categories. Participants can enter as many categories as they choose.

Including the preliminaries, which begin each June in various locations throughout Indiana, the adjudicators listen to more than 2,000 piano performances from elementary level to advanced. The adjudicators are collegiate-level piano and music educators versed in the judging criteria, however, they all understand the core initiative, known as the “3 Es”: Education, Enrichment and Enjoyment.

Not only is it enriching, developmental and satisfying to kids and families, it’s also a fun way to enjoy the Indiana State Fair!

Today, the young competitors now perform on the third floor of the newly named Indiana Arts building in one of the three dedicated staged performance rooms adorned with pictures of past performers and flanked by historic pianos and harpsichords restored by Piano Solutions and dedicated by local families committed to preserving music and the arts in Indiana homes.

Keeping the experience for the children in the forefront, Cheryl Everett is one of the reasons that the YHPC and its participants return each year and continue to grow. The program has grown into something teachers want their students to experience, collegiate professors use their summer breaks to judge, and an event that parents rearrange summer vacations in order for their children to take part.

It’s like no other piano program in the United States and we’re proud it’s in Indiana!

Purchase a piano from the Piano Solutions standard inventory* and automatically receive a certificate for our Trade-Up Program—good toward your next piano purchase! (*Restrictions apply)

Register your email for news and special offers: